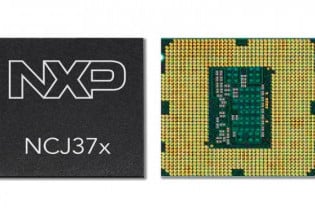 Vehicles today operate on thousands of ICs. Here are three interesting chips that exemplify the diversity of automotive technology.

Most cars on the road today are either fully/hybrid electric vehicles (EV) or automated vehicles (AV). Within these vehicles, there are nearly 1,400 ICs, with hundreds dedicated to ignition, engine management, radio, infotainment, and battery subsystems.

This article will review just a few automotive chip announcements that exemplify the diversity of technologies in today’s car designs.

DC to AC power conversion incurs a heavy power toll in an EV. Renesas is aiming to improve DC to AC inverters to decrease these losses. In late August, the company announced a new line of silicon-insulated gate bipolar transistors (Si-IGBT) that can reduce power losses by 10% compared to industry standard, non-silicon-based IGBTs. Built on Renesas’ 200- and 300-mm wafer technology, the AE5-IGBTs will hit mass production at the beginning of 2023.

Some of the key electrical features of the AE5. Image used courtesy of Renesas

IGBTs are a type of power transistor that offers a high current-carrying capability and gate control using voltage instead of current. EV manufacturers are sticking with IGBTs over any other transistor because of their ability to handle high voltage and currents while providing the necessary switching frequency for inverter circuits to drive small to large motors.

NXP’s latest device, the NCJ37x Secure Element (SE), is a microcontroller with cryptographic accelerators that provide smart access key fobs or car-to-cloud communication through a secured network. Cryptographic accelerators allow a vehicle’s subsystem to run software-like functions, such as data encryption, at the hardware level. These accelerators carry highly sensitive data and compute as efficiently as a standard CPU.

The NCJ37x has a passive, near-field communication (NFC) interface that acts as a backup power supply if the fob battery is drained. Even though the NFC can’t store data, the NCJ37x relies on a 16-bit RISC (reduced instruction set computing) CPU with up to 400 kB of available memory. The NCJ37x can be coupled with NXP’s NCJ38x car-side SE to achieve robust protection.

A unique feature of the NCJ37x SE is the ability to store several digital keys on a single fob, which is similar to storing bank debit and credit cards on a single smartphone.

Lattice Semiconductor released a new family of FPGAs, the CertusPro-NX, to address the overall power dissipation in automotive designs. The device can also be used to extend the temperature range in industrial applications.

Circuit-level comparison of Lattice’s Nexus on FDSOI vs. a traditional FPGA on bulk. Image used courtesy of Lattice Semiconductor

This new family builds on Lattice’s Nexus Platform, which provides an insulated gate layer to help deliver 50% more power than standard FPGAs. Regarding power consumption, the CertusPro-NX consumes lower power than competing FPGAs by a factor of 4, thanks to its bandwidth-intensive design.

Through the Nexus Platform, the CertusPro-NX also benefits from embedded large RAM blocks that can handle common AI algorithms such as driving-range estimation and energy conservation. 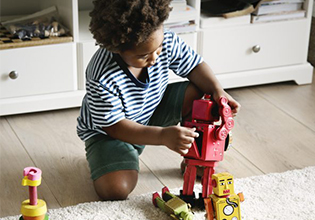